Located on Detroit’s East side at 15439 Mack Ave, Vegginini’s Paradise Cafe serves 100% vegan and vegetarian options and is owned and family-operated. The owner, AD Allah is a five-percenter of the Nation of Gods and Earths, a movement that affirms that Black people are the founders of civilization and that wisdom and understanding is most important in self-transformation. He has devoted much of his time as a family man – married and raising nine beautiful children, teaching them the operations of a restaurant business -while promoting wellness for his community. 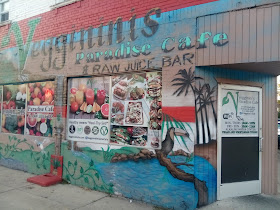 On August 1st, Dr. Supreme Understanding, also a five-percenter and renowned author of several books including How to Hustle and Win pt. 1 and 2, Hood Health, Knowledge of Self and Black Gods made a special appearance here on his North American book tour. The event was advertised on Facebook and Eventbrite as a book sale and a networking function. A collection of 20-plus inspired individuals gathered in hopes to enlighten their lives and those around them. Whether it was to obtain knowledge and go forward pursuing their own business ventures or simply to meet the man whose words have impacted them from afar, everyone there appreciated the wise words from the messenger.
One of the reasons I felt compelled to attend this event was because I was “put on” the How to Hustle and Win series by my oldest brother incarcerated. A few months ago, Dr. Supreme Understanding posted on his Facebook about his upcoming book tour. In the comment section, I wrote, “please come to Detroit,” at the time, Detroit was not one of the cities he had listed on the flyer. When I finally met him in-person, he said it was his first time being back in Detroit in 20 years and he loved what he saw. 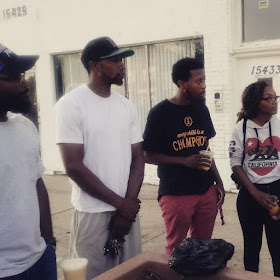 (Photo Courtesy of Dr. Supreme Understanding)
The significance of where we met was magnified by our location. Mack Ave marks the line of demarcation of city and suburb. Directly across the street was a suburb called Grosse Pointe. Quite noticeably, there was a difference in the way one side of the street looked from the other. On our side (Detroit) there was an indigenous feeling that bestowed its residents. Overtime however, state negligence and other aspects have dampened the beauty of our city. The sidewalks and the storefronts across the street appeared to be more intact and modern. He emphasized the importance of us having the same presentation, for ourselves, as the original peoples of the Earth.

Part of me wanted to pick his brain about a bevy of things that he mentioned in his book, such as creating a vending machine business and other legit hustles, insight on the Five-Percent Nation and the school system from his perspective -he worked in education for over 15 years.

Luckily, my girlfriend and I was able to talk with Dr. Supreme and actually go on a peace walk for a few minutes. He informed me that leaving the school system was a decision made based on the “repression of children’s abilities” and the institutional corruptness transpiring on the daily. Creating his own publishing company accomplished the goal of educating people and generating his own income. He also mentioned having an interest in buying land and property in Detroit. I was inspired, to say the least and at the most, I was absorbing all of his words reflecting how I can best cultivate my own journey of self-sufficiency and community building.
What I soon realized was that the event was actually more of a community healing meeting than anything else. Outside the restaurant, we stood in a cypher, similar to what you would see in a rap battle. The space was an enclosed intimate circle created for people to introduce and express their highest selves. Mothers, fathers, engineers, sign language interpreters, medical workers, community builders and survivors of life imbued the space and left with more knowledge than they came with. 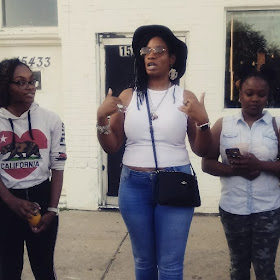 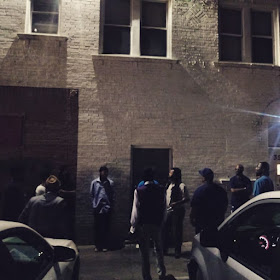 (Photos Courtesy of Dr. Supreme Understanding)
The main thing Supreme emphasized when it came to community-building was the importance of relationship-building, first and foremost. He dissected relationships using a boat analogy. Two people choosing to interact are on a boat (ship) together. The boat can be rocky at times and other times everything can flow well. Before any two people can form any relation, discernment must be exercised to ensure that each person is paddling at full strength, meaning, that they are worth getting on the boat to begin with. Before there can be a friendship, everyone begins as strangers. Strangers who become familiarized become acquaintances. Acquaintances that form a solid rapport with one another become associates. An associate may never become a friend but two associates can form a partnership. A partnership that includes respect as the foundation can form a strong business relationship. He mentioned this example to illustrate the stages of how community-building can be accomplished.
I left Vegginini’s feeling satisfied by the fact that there was a Black-owned family restaurant dedicated to healing and reversing illnesses created from processed foods. I ordered the fried cauliflower and a mango smoothie for my girlfriend and I. On the website they offer meal plans and other health resources.
Meeting Supreme and some of the other individuals also made me feel full on knowledge, enlightenment and most importantly: knowledge of self. As a journalist in the making, soon-to-be graduating from the University of Michigan-Dearborn, I left with a better understanding of who I was and where I need to go, for me and my peoples. 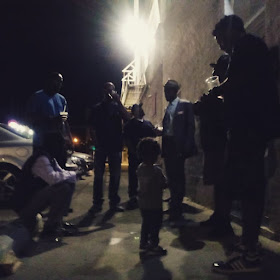 Supreme tells the truth, as it really is, wherever he goes. Sometimes it’s funny, sometimes it’s heavy. It’s always meaningful and worth hearing. He speaks with the mind of a rapper-turned-teacher, employing fascinating stories, often from his own wild life or those of random famous people, to pull our attention while he works in a compelling commentary on the values one can draw from this example, leading into a challenge for the audience to do something – who knows what – very differently than they have before. And then he tells a fart joke.